Serapeum Expert System provides an efficient, cost-effective service for property owners that are non-resident in Spain to enable them to pay their Spanish property taxes online.

If you live in Spain for less than six months, you are classed as a non-resident and will only be taxed on the income earned in Spain. Your income is taxed at flat rates with no allowances or deductions. If you are a non-resident and own a property in Spain, whether or not you rent it out, you will need to submit a tax return and pay ‘imputed’ income tax on your property as well as local property taxes. 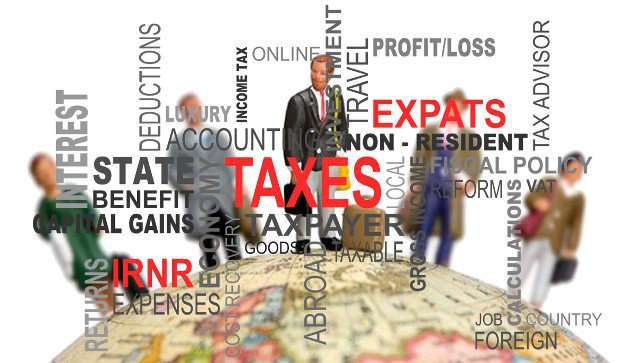 All non-Spanish tax residents (those who pay taxes to another country’s tax authorities) have to pay a tax on the property they own to the Spanish Inland Revenue. This tax is in addition to the annual rates payable to your local Town hall.

What is the tax base and how is it determined?

The tax base of Corporation Tax will be the amount of income obtained in the tax period by the taxpayer, whatever its source or origin, reduced by the offsetting of negative tax bases of previous tax periods, on which the tax rate is applied to obtain the total tax liability.

In the direct estimation method, the tax base will be calculated, correcting, by applying the precepts established in the Corporation Tax Act, the book result determined in accordance with the rules laid down in the Commercial Code, in the other laws regarding this determination and any provisions which may be decreed in the development of the said rules.

In the objective estimation method, the taxable base may be totally or partially determined by applying the signs, indices or modules to the activity sectors as determined by the tax law.

For tax periods starting from 1 January 2015, the applicable tax rate is the corresponding rate of those set out in the Corporation Tax regulations (article 29 LIS):

The general tax rate will be 25%. However, 28% in the tax period 2015 will be applicable as a temporary measure.

Which forms should the people with the status of withholders use for depositing the withheld amounts, or for filling negative returns if applicable?


The following annual summary returns should also be filled:

Below are actual sample queries, about taxation and taxes of non-residents in Spain

Keep in mind that the answers to these questions may have changed if the law has changed.

Need I to declare income from my hm forces pension payable by Paymaster UK on my anual income tax return to the spanish tax authorities?

In accordance with the second article , the PENSION PERCEIVED by a Public Servent of UK, isn't submited to imposition in the Spanish personal income tax, except if this person possesses Spanish nationality.

I live in Spain but work for a UK based company. I am their only presence in Spain. I get paid in £sterling and currently pay tax in the UK. I do not pay national insurance. I wish to pay tax and national insurance contributions in Spain but am not sure of the best way of doing this. I earn approximately £27000 per annum. I would prefer to pay my tax at source rather than have to deal with my own tax returns, but this needs to be simple and inexpensive to do or my employer will not do it. I need to know how much tax I would pay if I paid through my employer and also whether it would be any different if I paid it myself. If I pay it myself, is there a way of doing this monthly rather than annually?

An individual is resident in Spanish territory when any one of the following circumstances apply:

So, you are an individual resident in Spain. You can't choose, you must pay taxes in Spain.
With the information you have given, annual income of 27000, it is impossible to give a sure answer.
If you need to specify other data it's necessary more information.

I am a US + Romanian dual citizen If I register as a spanish resident, then as I understand it I will need to pay tax on my worldwide income.In the US there is an entity called an "S Corporation". This is a pass-through entity meaning, any profits it has for the year 'pass through' to my personal income for the year. However this is *not* a salary - no payroll tax is paid in the US - and it is *not* a dividend. My question is, what would the tax rate for this type of income be in Spain? It doesn't seem to apply as a "savings income" as it's not interest or divident, but it's also not "employment income" because it is not a salary, and it's also not "capital gains" as it is not from transfer or sale of an asset. I would like to know if it falls into the "~20% maximal rate" bucket or the "45% maximal rate" bucket.

When deciding on one form of organisation or another, resident shareholders are well aware that in the United States there is no mechanism to eliminate double taxation of dividends received from legal entities; this double taxation is somewhat mitigated by applying to dividends meeting certain requirements the long-term capital gains regime, the tax rate of which will normally be 15 % and with a partial exemption from corporation tax on dividends received from other companies that have paid the tax.

The lack of a comprehensive double taxation avoidance system has led to an exponential growth of Pass-Through Entities, in the form of Partnerships or Limited Liability Companies or S Corporations, to avoid adopting the form of C Corporations.

If you tax in Spain you would have a problem to be a member of an S CORPORATION, because one of the requirements is:

All members or owners of an S-Corporation are required to be tax residents in the United States. Foreign residents are not allowed to be members.

In any case, the Spanish tax system has a figure for these cases which is the Income Allocation System.

The income attribution regime consists of the income obtained by certain entities that are not IRPF taxpayers, corporate income tax (IS) taxpayers or IRNR taxpayers, being attributed to the members of these entities (partners, heirs, co-proprietors or participants) who must declare them in their personal tax (IRPF, IS or Non-Resident Income Tax -IRNR-).

Entities subject to the income attribution regime (arts. 85, 86 and 87 LIRPF)

These are those entities classified in article 35.4 of the General Tax Law (LGT) as lacking legal personality, which constitute an economic unit or a separate patrimony susceptible to taxation, such as, for example, civil societies without legal personality, lying inheritances or communities of goods.

The income obtained by entities in the system of attribution of income will have the nature derived from the activity or source from which they come, so that they will be integrated into the taxable base of each of the partners, heirs, co-proprietors... depending on whether it is income from economic activities, furniture or real estate capital, capital gains or losses or imputations.

In principle the taxation would be to have an activity of income from economic activities.

The attributed income shall be determined or calculated applying the LIRPF rules corresponding to each income modality according to its origin or source, and the reductions foreseen in Articles 23.2, 23.3, 26.2 and 32.1 of the LIRPF may be applied.

In general, the net return is calculated as the difference between computable income and deductible expenses, applying, with nuances, the IS regulations (incentives and stimuli are applied to the investment of the IS).

My girlfriend is in Spain on a 1-year student visa. I understand that she is *not* a tax resident.She has registered and will receive her residency card... does she need to file any tax paperwork with the Spanish government - for example registering as a non-resident for tax purposes, and filing a tax return that says she received no income in Spain?

No registration or presentation of any kind is required before the Spanish tax office.

She should not be taxed either by the non-resident tax (because as a non-resident she also has no income in Spain of any kind, such as a rent), or by the Spanish income tax (she does not generate income from work in Spain, or any other kind).

If the Spanish tax administration requests her to prove her non-resident status. She must follow these steps:

An individual or legal entity will accredit its tax residence in a certain country by means of a certificate issued by the Tax Authority. These certificates are valid for one year. However, the validity will be indefinite when the taxpayer is a foreign State, any of its political or administrative subdivisions or its local entities.

In the case of your girlfriend, the certificate must be requested from the U.S. tax authorities.

Only if the Spanish authorities requested it. Very unlikely case. 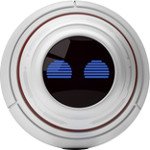